About us
Find out more about who we are

Locations
Get in touch with our team worldwide

Careers
We hire on frequent basis

Partners
People that trust what we do

We can engage in any phase of your project. Evaluate the solutions, crunch the data, analyze the product design and code, and get to work.

I have a question as a guest

This collection of technical content will help you get started with Atlassian products and take your experience to the next level.
Whitepapers
E-books

News
We keep you up-to-date 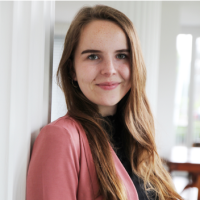 The beginning of LeasePlan's Atlassian journey

In the previous project update, our certified consultants from venITure have already implemented proprietary solutions within a proof of concept. With the help of a detailed presentation, we were able to show and explain the current status and the implemented functionality to the team from LeasePlan Germany.

Of course, the requirements of the LeasePlan team were always decisive for the use of Jira and Confluence as project management tools, because only the user knows which tasks he wants to have fulfilled within the tool. A detailed exchange took place, in which the exact use of the tools and the resulting possibilities were discussed. Especially with regard to the various reporting functions of both Jira and Confluence, the LeasePlan team was enthusiastic about the functionality offered by Advanced Roadmaps for Jira. The ability to display tickets directly from Jira in a Gantt chart that can be worked with interactively was particularly well received. In addition, the seamless integration of Advanced Roadmaps in Jira makes it easy to directly adjust ticket data and make corresponding planning changes.

Preparation for the migration in Jira & Confluence

During the training of the LeasePlan team, the focus was initially on project documentation in Confluence and the corresponding connection to Jira. The Atlassian tool ecosystem offers a seamless interface for this. This ensures that one of LeasePlan's most important requirements, namely clear and above all comprehensible documentation of the project, is implemented.

In the further course of the training, the focus shifted to the topic of "Confluence as the main storage location for project-related documentation". In this area, Confluence not only offers the possibility to store content on pages, but also to store files and even to reference ticket information from Jira. This means that the project documentation is not only static, but also interactive and always up-to-date. Confluence macros as tools offer a number of functions that can be installed as plug-ins for the implementation of a Confluence page. Above all, the LeasePlan team was delighted by macros such as "Attachments" or "Jira". With the use of "Attachments" you can get an overview of the attachments that are stored on the current page.

Migration of the existing projects

The project "NM"could be integrated directly into the Jira instance. To make this process compatible with venITure's own solution, a project ticket first had to be created.

From the ticket, an automation could be executed that converts the ticket itself into an independent project. The background to this procedure is that it gives the user of the project a contact point where the progress of the project is recorded centrally and comprehensibly in the form of a ticket.

After this was done, the individual requirements that were placed on the project had to be created as tickets. One of the requirements was to create a task type called "work package". This work package should function as a superordinate task in a project and be assignable. The graphic shows a possible task hierarchy.

With the help of the function "Parent Link" in Jira, tickets can be assigned to "children" or "parents", i.e. superordinate or subordinate to other tickets.

The migration of further projects proceeded similarly to the "NM" project already mentioned.

With our blog we keep you up-to-date and inform you about the latest developments in the field of Atlassian tools
and Infobip solutions.
ESM with Atlassian for All Your Teams' Service Management

Deniz Tımartaş
External Import Tool for JSM Insight - Importing Data into Insight is much easier and more secure than ever!

But first, let’s address the elephant in the room In today's world, most companies struggle to keep track of their IT Assets. This leads to longer service times, and longer time to value in every department of the company. These IT Assets can be any valuable assets that are physical, and non-physical entities your company […]

We use cookies on our website to give you the most relevant experience by remembering your preferences and repeat visits. By clicking “Accept”, you consent to the use of ALL the cookies.
Accept AllCookie Settings
Read More
Manage consent

This website uses cookies to improve your experience while you navigate through the website. Out of these, the cookies that are categorized as necessary are stored on your browser as they are essential for the working of basic functionalities of the website. We also use third-party cookies that help us analyze and understand how you use this website. These cookies will be stored in your browser only with your consent. You also have the option to opt-out of these cookies. But opting out of some of these cookies may affect your browsing experience.
Others
Other uncategorized cookies are those that are being analyzed and have not been classified into a category as yet.
Advertisement
Advertisement cookies are used to provide visitors with relevant ads and marketing campaigns. These cookies track visitors across websites and collect information to provide customized ads.
Analytics
Analytical cookies are used to understand how visitors interact with the website. These cookies help provide information on metrics the number of visitors, bounce rate, traffic source, etc.
Functional
Functional cookies help to perform certain functionalities like sharing the content of the website on social media platforms, collect feedbacks, and other third-party features.
Necessary
Necessary cookies are absolutely essential for the website to function properly. These cookies ensure basic functionalities and security features of the website, anonymously.
Performance
Performance cookies are used to understand and analyze the key performance indexes of the website which helps in delivering a better user experience for the visitors.
SAVE & ACCEPT
Powered by